It was not too long ago when I visited Legoland Malaysia for its grand opening day and the states of Kuala Lumpur and Negeri Sembilan a few months later. From those experiences, I can attest on how much Malaysia has grown in terms of tourism development.

With more than half a million Filipinos visiting Malaysia in 2012, the Malaysia Tourism Board in the Philippines is optimistic that these can rise further this 2013 with their ‘Visit Malaysia 2014‘ campaign encouraging more Filipinos to visit their country.

The special business session day in the Philippines was meant to boost awareness of VMY 2014 in the market. It also provided a platform for travel agencies, airlines, and cruises to network with Malaysian delegates and tourism product owners to form more tourism products such as tour packages for VMY 2014.

In addition, there was also a briefing on the ASEAN Tourism Forum (ATF), which Malaysia will be hosting next year from January 16-23 in Kuching, Sarawak. The prestigious event, scheduled to be attended by tourism ministers, senior officials, tourism industry players, and international media, is set to kick off VMY 2014 with a bang.

The major attractive packages exclusively offered to travel agencies and other tourism industry players in the country were revealed in the gala dinner organized by Tourism Malaysia led by its Deputy Director General (Promotion) Madam Chong Yoke Har.

Among the dignitaries who graced the event were the Philippines Department of Tourism Undersecretary, Hon. Daniel G. Corpuz and the Malaysian Ambassador to the Republic of Philippines H.E. Dato’ Mohd Zamri Mohd Kassim.

Tourism Malaysia aims to attract 520,000 Filipino tourists to Malaysia this 2013. Are you going to be one of them? I haven’t explored Kuala Lumpur enough; the Genting Highlands is also in my list of places to visit in Malaysia. I hope it gets fulfilled this year or in 2014. :p 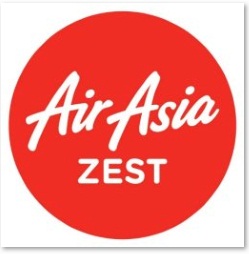 Have you been to the lovely country of Taiwan? My first was back in 2011 while the last time was...