Japan ranks high on every traveler’s must-see list. With its rich history, cultural treasures and modern attractions, it’s definitely in my top 10 go-to countries I haven’t visited. However, I’ve read around that it can also be an expensive place to visit. Notwithstanding, with careful planning, research, and budgeting, I believe my future trip to the Land of the Rising Sun will come into fruition very soon, without breaking the bank.

Here are some notes and tips gathered for you where we can learn a thing or two from:

Exploring on a budget via Japan Rail (JR)

Going around Japan is also an adventure in itself, as the country is known for its efficient public transportation system. To keep costs manageable, travelers can purchase a Japan Rail (JR) pass prior to their trip. Depending on the length of their stay, they can opt for the 7-day, 14-day or 21-day pass. The JR pass provides guests with unlimited use of the extensive JR train system, and is also valid for non-JR railway lines, and some buses and ferry routes.

For air transportation from the Philippines, it’s good news that Cebu Pacific, known for its seats sales, is launching direct flights from Manila to Tokyo (Narita) and to Nagoya on March 30, 2014.

As the first Philippine low-cost carrier to offer direct flights between Manila and these two key Japanese cities, you can get Cebu Pacific fare offers as low as P5,499 which is about 60 percent lower than other full-service airlines. With the extra savings, tourists can spend less on airfare and more on memorable travel experiences.

In Tokyo. early risers can enjoy an action-packed morning at the Tsukiji Fish Market, the world’s largest and busiest fish market.

A five-minute walk from the Tsukiji Station, this top tourist attraction is famous for its live tuna auctions, which are open for free to a maximum of 120 visitors on select days. Complete the experience by having a delightful breakfast at Sushi Dai, which offers fresh chu toro (fatty tuna) that gets people lining up as early as 4:30 am.

Near the Tokyo Station is the Tokyo Imperial Palace, the official residence of the Japanese imperial family since 1868.

The inner palace gardens and buildings are closed to the general public for most of the year, but tourists can apply online at http://sankan.kunaicho.go.jp/english/index.html for a free guided tour of the palace grounds. Tours are conducted only in Japanese, but electronic audio guides in English are lent to foreign visitors free of charge.

While there, tourists can also visit the Imperial Palace East Gardens which are open daily except Mondays and Fridays. These are especially beautiful during the March and April plum and cherry blossom seasons.

A whole new world awaits in Akihabara, two stations away from the Tokyo Station. The major shopping center for the latest computers, cameras, mobile phones and other gadgets, it is also home to hobby shops selling anime and manga figurines, card games and other collectibles.

Nagoya is one of the country’s key business, industrial, and transportation hubs. It is also one of Japan’s largest and most populous cities. Among its famous attractions is the Nagoya Castle, which is accessible via the Shiyakusho Station. Completed in 1612, the castle was largely destroyed during World War II and reconstructed in 1959. It now houses treasures that escaped the bombing during the war, including paintings on sliding doors and screens that once adorned the castle’s Honmaru Palace, as well as flintlocks, swords, helmets and other objects from the historic Owari Tokugawa era.

From big department stores to street and flea markets, Nagoya also offers a host of options for serious shoppers. Located right at the Nagoya JR station is the JR Nagoya Takashimaya Department Store, which houses luxury brands such as Hermes and Prada, plus a variety of shops that sell cosmetics, Japanese tableware such as kiriko (Japanese cut glass) and other souvenirs. Fashionistas who wish to bring home their very own kimonos can get beautiful, secondhand pieces for less at the Osu Shopping Street, which can be found between the Osu Kannon station on the Tsurumai Line, and Kamimaezu station on the Meijo Line.

For a taste of something different, travelers can swing by the Asahi Breweries in Nagoya, one of the brand’s nine factories in the country. Located close to the Moriyama station on the JR Chuo line, the facility offers free 75-minute guided tours in English and Japanese that take visitors through its brewing and packaging process. After the tour, guests can sample some of the brand’s famous brewed beverages, also free of charge. Reservations can be done online via www.asahibeer.co.jp/brewery/.

As for me, I will definitely to visit these places out when I get to visit Tokyo in Japan. As a  CEB Club member, I’m looking forward to booking that flight via Cebu Pacific online at www.cebupacificair.com. Will it be Narita or Nagoya? Which do you recommend we visit first? 🙂

2 thoughts on “Japan on a Budget via Cebu Pacific” 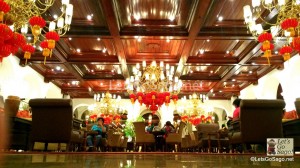 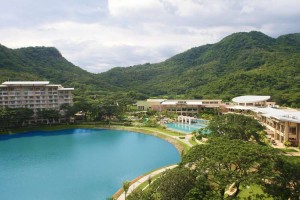