9 days, 7 destinations, 5 teams, and 1 big winner – that is how the recently concluded Cebu Pacific Juan for Fun Backpacker Challenge adventure can be summarized.

After our coverage from the contest announcement, the adventure coaches, up to the participants’ send-off, Team Tuklas, the group of students from UP Diliman emerged victorious with the most number of fun activities within a limited budget.

Esme Escoto (21), Floyd Patricio (22), and Gab Saplagio (23) formed the witty and wacky trio who received 12 round-trip tickets to any Cebu Pacific international or domestic destination of their choice.

In addition, they also get over Php150,000 worth of other exciting prizes such as Canon Powershot SX510HS cameras, Vaude Sapporo Carry-On Trolleys, Vaude Hogan Ultra-Light Tents and a lot more.

In a short interview, Team Tuklas confessed that their most challenging task was in Bacolod where they had to read activity clues in the native language of the province of which non of them are familiar with. It’s the folks in the area, and their resourcefulness, which helped the team overcome that challenge.

Team Suldado De Dora came up first runner up after getting the most number of special awards. Adventure Coaches Paolo Abrera and Bogart the Explorer guided the above-mentioned teams respectively.

Around the Philippines and Malaysia

With all the experiences and memories they had, I can say everyone’s a winner. All teams went to Kuala Lumpur, Manila, Bacolod (instead of Legazpi), Cebu, Camiguin, Cagayan de Oro, and Cavite all for free and with ample pocket money amounting to MYR800 and PHP30,000 as allowance from June 24 to July 2, 2014.

The Cebu Pacific Juan for Fun Backpacker Challenge 2014 was co-presented by Jack ‘n Jill Magic Crackers, with the support of Vaude, Merrell, Canon and the Department of Tourism, and the endorsement of the Commission on Higher Education.

Here is a video of the announcement of the champions:

Check out the journal of their trips and experiences on Cebu Pacific’s social networking sites Facebook, Twitter, and Instagram @CebuPacificAir and the hashtag #JuanForFun. Relive their adventures in the Cebu Pacific Juan for Fun Backpacker Challenge at www.juanforfun.com.

With the success of this campaign, we’re pretty sure the Cebu Pacific team is already planning and gathering new ideas for next year’s Juan for Fun Backpacker Challenge 2015! 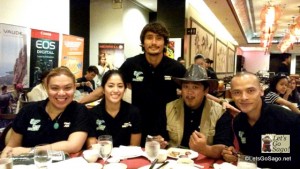 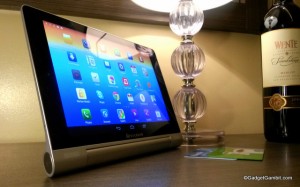