Sports and tourism efforts of Guam collaborate for the upcoming 3rd Guam International Marathon (GIM) this April 12, 2015. It will be hosted by the Guam Visitors Bureau along with the Pacific Islands Club and United Airlines.

This year’s Guam International Marathon is set to happen at the Gov. Joseph A. Flores Memorial Park, Ypao Beach in Tumon, Guam. Marathoners and running enthusiasts from around the world are expected to converge in Guam for the biggest marathon in the region. Participating runners can take the 5K, 10K, Half Marathon (13.1 miles), or Full Marathon (26.2 miles) race distances.

For this year’s installation of the GIM, organizers will implement enhancements to the race course by increasing their aid stations and amenities such as: water, Powerade and energy gel stations, live entertainment and cheering squads along on the course, as well as Cool Zone locations.

Other notable changes for the 2015 Guam International Marathon include an expanded post-race Finisher’s Festival and event expo. It will begin at 6:30am at Gov. Joseph A. Flores Memorial Park at Ypao Beach in Tumon, featuring food and beverage concessions, in addition to an exciting entertainment line-up.

Guam International Marathon organizers have likewise designated world-renown Olympic gold medalist and Japanese long-distance runner, Naoko Takahashi, as event Ambassador. She is widely celebrated for her women’s marathon victory at the 2000 Olympic Games in Sydney. Ms. Takahashi was the first woman to break the 2 hour and 20 minute barrier during her world-record performance at the 2001 Berlin Marathon.

Be in the loop on travel news and adventures with Let’s Go Sago! by subscribing to our blog through email and liking the LGS Facebook Page. Follow our Twitter and Instagram accounts too! If we’re fortunate to go to Guam soon, perhaps we might stay in Aqua Suites. 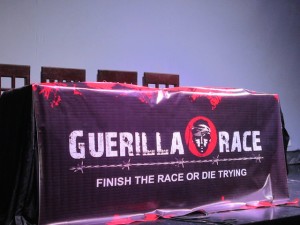 Next post A Short Trip to Splash House in Honda Bay, Puerto Princesa