This is my first time in Hanoi, Vietnam and we arrived through  the Noi Bai International Airport via Cebu Pacific from the Philippines. Our flight left past 10pm and arrived past 12midnight in Vietnam’s old-school city.

Hanoi is the capital of Vietnam. It is also its second largest city, next only to Ho Chih Minh City. Its name is a combination of two words “Ha” and “Noi” which means ‘river‘, and ‘interior‘ respectively. It is self-descriptive too since a big part of the city is surrounded by the Red River and its inlets.

Although the flight is 3 hours long, the time difference is 2 hours only because of the 1-hour time differential.
The ground temperature was 18 degrees which is quite cold from Manila’s average of 25-30 degrees. It has been raining the past few days of November as well.

Here are some of my first photos of Hanoi’s airport for first timers like me. 🙂

Hanoi had about 7.5 million tourist visitors last year and is expecting more as a new neighbouring terminal is currently under construction.

After landing and passing through immigration, we immediately boarded the tourist bus and headed to our  hotel – Crowne Plaza West Hanoi Hotel – where we got to stay overnight before commencing on to our first activity in the morning a few hours later.

Here are some of my first photos of Hanoi in Vietnam and the Crowne Plaza Hotel.

Stay tuned with Let’s Go Sago travel blog for our next feature on the Hanoi City Tour itinerary. 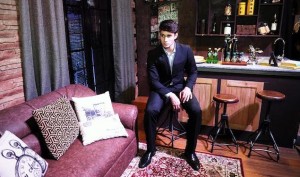 Previous post Megaworld at the Center of Bustling Makati 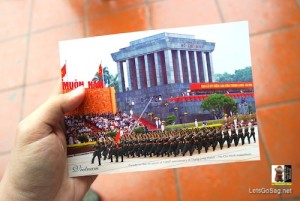 Next post Ho Chi Minh Mausoleum: Power from a Distance