When I travel abroad on a budget, I make sure to maximise the fun experience by allocating most of my money in the landmarks I visit and the experiences that I try which include adventures and trying new food. But to be honest, I scrimp on my hotel accommodations because logically, I won’t be staying much in the hotel anyways and will only sleep in it.

With the internet technology today, my usual reference include Trip Advisor reviews and budget travel blogs who give tips on how to save-up and which hotel or accommodations are cheap but still provide decent rooms and service. On one extreme end, others do try Airbnb which offers individuals’ private houses for rent but whose safety may be contestable to some tourists and travellers.

So it’s defiinitely a good news when I heard about Nida Rooms who offer quality low-cost accommodations through their new mobile application – “Nida Rooms App“.

Currently, it is in operation in Indonesia and Malaysia and is launching soon to other South East Asian countries including the Philippines, Thailand, and Singapore.

Technically, it is a “Virtual Hotel Operator” and is run by Global Rooms Ltd., a first in Asia. You can consider it an online branded hotel chain in the world called “Nida Rooms“, which is interestingly derived from the phrase: “I Need-A-Room“.

And the answer to that demand is “Nida Rooms“. 🙂

I recently downloaded the Nida Rooms Mobile App. It basically allows customers to instantly see affordable hotel rooms at their preferred locations in major cities with details such as pricing and location in one screen on their smartphone.

Co-Founder & Chief Executive Officer, Kaneswaran Avili, said “The Nida Rooms idea was conceived because it was difficult for me to find a hotel chain that offers consistent essential services at my preferred locations in Southeast Asia at the best prices. Nida Rooms is a one-stop smartphone platform that offers travellers the maximum choice of hotels at the right locations, at the lowest prices on their smartphones with instant booking capability.”

He added that at this initial stage, Nida Rooms will be focusing on hotels in the mid and economy hotel segment that are strategically located. Global Rooms Limited, was founded by Malaysian entrepreneur Kaneswaran Avili, formerly a senior executive at Asia’s leading low cost carriers, Air Asia, Tiger Air & Spice Jet, and Dennis Melka, a Czech venture capitalist.

Nida Rooms in the Philippines

Nida Rooms is already here in the Philippines but will officially launch next month – January 2016. Let’s Go Sago was able to interview Nida Rooms Philippines Senior Vice President Chandran Ravi in a luncheon meeting a few days ago in Makati.

Nida Rooms is the first and only Virtual Hotel Operator (VHO) in the Philippines and currently has over 50 partner hotels nationwide. Through its direct sales force of over 150 relationship managers and daily increasing hotel sign-ups, Nida Rooms expects to reach over 1,500 partner hotels in the Philippines by 2Q 2016 giving it majority market share in the mid and economy hotel market segments in the country.

Nida Rooms’ partner hotels in the Philippines will soon be able to sell their rooms through the “smartphone” mobile app distribution channel that is non-competitive with their traditional online travel agents (“OTAs”) or their walk-in customer business. Furthermore, smaller boutique or economy hotels with no web presence nor relationship with OTAs are instantly able to access the smartphone consumer by joining the Nida Rooms network.

By pre-vetting hotels and working closely with hotel managers, Nida Rooms focuses on providing consistent, essential services for its customers in-line with its aim to provide “A Good Night. Every Night.”

“We have done the homework for our guests in that, we have pre-qualified and selected our hotel partners based on stringent quality standards that Nida Rooms upholds. We will have NIDA ROOMS everywhere you want to go in the Philippines…By the end of the first quarter of 2016, NIDA ROOMS will be available in most major cities in the country offering travelers consistent essential services anywhere, anytime.“

Since the Philippines is an archipelagic country, the Nida Rooms app will come in handy for both local and international tourists and travellers alike. Downloaded Nida Rooms App now from Google Play Store while it will soon be available in Apple Store as well.

I personally can’t wait to try Nida Rooms Philippines when I go to other provinces around the country. More so to other countries in SouthEast Asia such as Singapore, Malaysia, Indonesia, and Thailand for my budget travels. 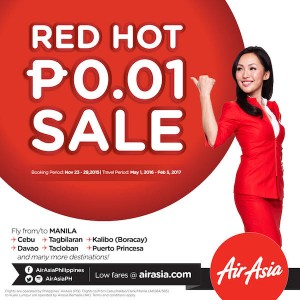 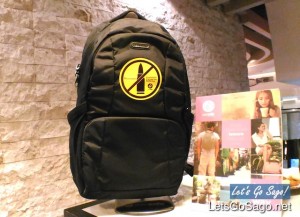