The work week ended great with a day trip to Corregidor Island and a photo challenge with Columbia Sportswear Philippines.

Only an hour and half ferry ride away from Manila, one would be surprised that this is actually the first time travel blog Let’s Go Sago have laid foot in Corregidor Island.

The day started with the Sun Cruises‘ ferry ride near Harbour Square along Manila Bay. After getting clad with the Columbia Omni-Freeze Zero shirt, we were ready to set forth.

The ferry ride was actually very similar to the ferry ride in HongKong going to Macau, only smaller and faster. Make sure to be ready with your burp bags just in case you have a sensitive tummy.

Also known as “the Rock,” the island fortress of Corregidor serves as a memorial for the heroism of its Filipino and American defenders  during World War II.  We docked at the eastern part of Corregidor Island. The atmosphere was welcoming and the tourist buses which looked more like trams were perfect for the nature of the tour.

Our friendly and funny tour guide Armand made sure the rest of the day was fun with his jokes and humors interjected every now and then while sharing to us Corregidor’s extensive history and World War II facts.

Our first stop was a a big canyon beyond life-size imagination.I came to know that it was operated not by one but by a group of soldiers back then with each bomb measuring about 12 inches think.

This was followed by a visit to the Battery Grubbs, Mile Long Barracks, the historic Malinta Tunnel, and the Eternal Flame at the Pacific War Memorial (more photos on these on Friday’s next post).

We relieved our history books from elementary years about how the Americans and Filipinos defended Corregidor way beyond the fall of Bataan. Imagine the whole island devoid of trees and forests with hundreds of bombs landing every single day during the battle.

After the war, it was again devastated when the Americans took the island back from the Japanese conquerors and how they fought back with honor to the point of sacrificing their own lives rather than to surrender to enemies. Thousands of Japanese died, through self infliction or otherwise.

This history of bravery, honor, and horror is what constitute the story of Corregidor beyond the island and the waters surrounding it.

After the tour, we were able to freshen up at the island hotel where the Columbia Sportswear Philippine group was waiting for us and assisted us through a thermal screen test revealing our bodily temperature.

The red color means the temperature remains hot while the blue ones, where perspiration mostly happen, means it’s cool.

Using sweat, the Omni Freeze Zero technology acts by accelerating the wicking process to keep the wearer dry and lower the fabric’s temperature effectively cooling off the wearer under hot environments.

This part explained the system behind the technology we were wearing all along. It was great to know that together in our historic and fun adventure, was a science that keeps us cool when necessary.

Corregidor Island is not a destination, it’s an eye-opening ride through the World War 2 era of bombs and tunnels. It was an experience of history and adventure that can leave you perspiring at the end of the tour so be sure to equip yourself with the Columbia Omni-Freeze Zero shirt to stay cool all along the journey. I also learned that the island offers more activities beyond what we had including zip lines and other team building activities with overnight accommodations. 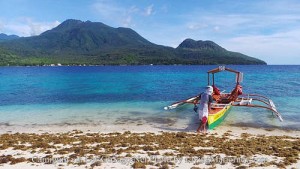 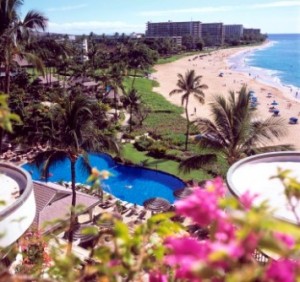