The province of Pampanga is well known in the Philippines as a foodie haven where famous Filipino recipes and Pampangueno dishes originated from. Some of which includes the Sisig, Camaru (Mole Crickets), Bringhe, and their own version of Morcon.

Fortunately, Lets Go Sago, together with other bloggers and traditional media, were recently invited by Philtranco for a day of good food and fun trip to experience Pampanga while aboard a Philtranco Bus!

We’ve been to the province of Pampanga a number of times since Metro Manila is just an hour’s drive away.

But what makes this special is that we’re traveling with the folks from Philtranco and our food tour guide – the charming Chef Nancy Reyes-Lumen.

It wan an early weekend trip which started from the Philtranco Pasay City terminal. We treaded the famous EDSA easily since the traffic was light on a weekend morning.

We reached Pampanga at about 9am where we first visited one of the oldest church in Pampanga – the St. James Parish in Betis Guagua which is well-known for its exquisite Baroque architecture.

Established in 1607, local folks also refer to it as the “Betis Church” and is admired for its awe-inspiring ceiling paintings originally made since the early 20th century.

They say that really knowing the place you visit is by understanding what the local folks do. So it was a great opportunity to visit JB Betis Woodcraft next which showcased beautiful and world-class quality furniture from Pampanga.

There, we witnessed export-quality wood furniture and live wood-crafting skills by the locals.

Flavorful Places in Between

Aside from the touristy-spots in this town, we also tasted their local delicacies.

You might consider this as a quick break and merienda at the same time, but in Pampanga, this is tradition! We went to a nearby Tamales-making facility – Laring’s Special Kakanin.

Tamales is a ‘suman‘-like (rice-cake) local snack (or dessert) made of dough and steamed in a corn husk / banana leaf. We bought some to bring home to our family back in Manila including a bottle of “Taba ng Talangka” (crab paste/fat) which costs Php 200/bottle.

But the main menu stars has yet to come during lunch time. We visited the 25 Seeds restaurant in Angeles where Chef Sau Del Rosario greeted us like someone welcoming his guests into his humble abode.

For the mains, we had Sinigang sa Bayabas, Morcon, and another version of Tamales, by no other than Chef Sau Del Rosario himself.

There was also a quick ‘fashion show‘ of Philip Torres‘ colorfu creations!

You don’t get to miss Aling Lucing‘s Sisig if you are in a Pampanga foodie tour. At the very least, Chef Nancy Reyes-Lumen, would not allow you to. 🙂

Here, we got to try the authentic Pamapngueno Sisig without the mayo and the egg Manilenos are used to; and it still tasted very good!

Aling Lucing’s sisig is boiled, grilled, fried, and then served in a sizzling plate as you feast on the chicken liver and pig brains.

We’ll update this blog next week as we add more foodie photos to do justice to what we experienced.

For now, feast on this awesome Youtube video prepared by Philtranco for us: As a backgrounder for the unfamiliar, Philtranco was established in 1914 when Mr. Albert Louis Ammen and Mr. Max Blouse organized the AL Ammen Transportation Company (ALATCO), operating passenger buses from Iriga to Naga. Today, Philtranco provides ordinary, air-conditioned and first-class bus transport services and carries an unbroken tradition of serving the routes of Southern Tagalog , Bicol, Eastern Visayas, and Mindanao regions through a growing fleet of 250 buses. Aside from just being an alternative to air travel, Philtranco, together with FastCat and Jam Liner, promises a more diverse experience as passengers are exposed to various sceneries and other cultural highlights.

2 thoughts on “Visiting Flavorful Places of Pampanga with Philtranco” 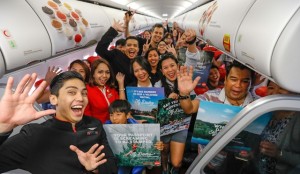 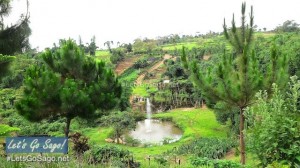 Next post Travel Tips from UnionPay That Can Save Your Pocket