AirAsia announced yesterday that they are recommencing their AirAsia Clark-Kalibo flihgts from Clark International Airport in Pampanga to Kalibo (Boracay) with three flights weekly effective March 27, 2016!

Philippines AirAsia launched commercial flights from Clark in 2012 before transferring its hub to Metro Manila following a strategic partnership with a local carrier in 2013. AirAsia has since been operating on a much larger scale from Metro Manila and has expanded its domestic and international network with flights from hubs in Cebu and Kalibo.

“AirAsia has constantly dedicated itself to make air travel more affordable, convenient, and accessible to all and we are reaffirming this commitment with our newest Clark-Kalibo route. We are thrilled to provide the much needed connectivity at affordable fares for travellers from Central and Northern Luzon,” says

To celebrate its return to Clark, AirAsia is offering promo fares to Boracay (via Kalibo) from as low as Php 699, all-in, and up for grabs now until February 5 at www.airasia.com for travel period between March 27 to November 30, 2017. 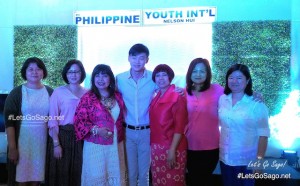