In a recent interview with Mr. Philippine Youth International 2017 winner Nelson Hui, the young chinoy revealed that his advocacy focuses on promoting Philippine tourism among the young generation.

Who is Nelson Hui?

Born to a Filipino-Chinese family, Nelson is currently studying at College of St. Benilde taking up Export Management.

The 21 yr old won out of about 100 fellow youth participants from different parts of the Philippines. His predecessors included celebrities Onemig Bondoc and  the late Rico Yan, which was an iconic role model to the youth.

Hui further added that he intends to travel around the Philippines more, as his limited experience has only led him to Cebu, Palawan, and Cebu, so far.

An admitted beach lover, Nelson targets other beach destinations around the archipelago with the Philippines having more than 7000 islands by itself.

As part of his mandate as the 17th Mr. Philippine Youth International, his itinerary is actually already full. He will be going around the country visiting a number of cities, provinces, and universities with Yes Pinoy Foundation ambassador and celebrity Dingdong Dantes.

You can invite him to visit your school or organization via the mobile number 09214677998.

The organizer of Mr. & Ms. Philippine Youth is the Kabataang Sama-samang Maglilingkod (KASAMA), Inc. which was established in 1992 by a group of young individuals committed to contributing positive influence and advocating different sectors of the youth, both in-school and out-of-school Filipino youths towards academic excellence.

Congratulations to Nelson Hui on his success and future endeavors. May you represent the youth well and further advocate local tourism in the Philippines. 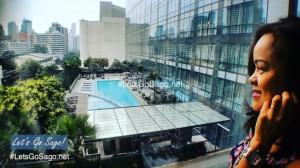