To commemorate this, among other milestones featured below, Scoot Philippines is offering attractive discounts on selected one-way fares flying from Manila, Clark, Cebu and Kalibo. Enter the “ESCAPE10” promotion code to get up to 10% off selected FLYBAG and FLYBAGEAT fares. This promotion starts now and runs till 11.59pm on September 17, 2017, so hurry and book your tickets now!

Formerly operating as Tigerair in the Philippines, Scoot now flies to more destinations in the Asia Pacific and beyond via Singapore, including Australia, China, Greece, Japan and more. All previous Tigerair routes are now operating under Scoot, which recently announced the addition of five new destinations in July. They are Honolulu, Scoot’s maiden USA destination and second long-haul destination after Athens, Harbin in Northeast China, Kuching and Kuantan in Malaysia, and Palembang in Indonesia. The five new services will bring Scoot’s total network count to 65 destinations across 18 countries by June 2018.

Scoot is also adding new seasonal non-stop flights to Sapporo in Japan, starting November 3, 2017 until February 11, 2018, with up to two flights a week, on top of existing flights routed via Taipei.

“We are moving forward with our aggressive growth plans for Scoot, having swiftly launched sales for Kuching, Kuantan, and Harbin, as well as non-stop flights to Sapporo, just a few months after the merger. We are now in a stronger position to offer our guests, which include Filipino travellers, more choices of destinations beyond Singapore, better connectivity and more travel opportunities at fantastic value,” said Mr. Lee Lik Hsin, Scoot CEO.

Scoot also unveiled its new slogan, Escape the Ordinary, reflecting its dynamic growth as a global airline, and its aim to challenge traditional expectations about travelling on a budget airline and inspire travellers to satisfy their inner wanderlust. Scoot and former Tigerair cabin crew are also outfitted with new uniforms with a refreshed design while retaining Scoot’s signature yellow and black colours, signalling a fresh start for crew from both airlines.

Discover more new developments and  budget-friendly fares flying to more destinations from Scoot and Scoot Philippines by logging on to www.flyscoot.com!

One thought on “Use Scoot Promo Code “ESCAPE10” for Upto 10% Off Airfare!” 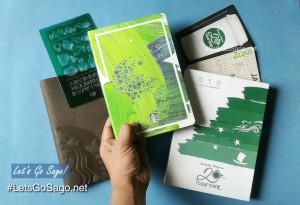