Did you know that Filipino celebrity actor Coco Martin is an avid biker? Yes, he actually owns 11 motorcycles as part of his personal collection, which gives him ‘pure joy‘!

He revealed this trivia in Shell Advance‘s recent Elite Partner Convention held at a hotel near Manila Bay in Pasay City, Philippines.

Coco adds that he enjoys riding his motorcycle specially when going to the countryside visiting scenic Philippine tourist spots. This is his was to relax his mind from the stress of work.

Coco Martin is popular for his more than 2-year long-running action TV series “Ang Probinsyano” and his acting skill that has earned him local and international recognition. In these, he is often seen riding a motorcycle as part of his role in these films or in TV dramas.

He started riding motorcycles at the age of 16 when he worked as a tricycle driver to have money for school. Not one to hide his modest roots, Coco admits that he used to drive his lola’s tricycle at night till the wee hours of the morning so he could have “baon” for school.

That started his love for motorcycles so much so that when he started earning, initially from doing indie films, his thoughts turned to making the future for his family which was why he bought three tricycles and a brand new jeepney for his father to continue the family business.

Passion & Responsibility as a Biker

Coco’s passion for motorcycle continued through the years. ANd now with 11 bikes, he has a current favorite which he says provides both comfort and an adrenaline rush. He also treasures his very first bike, given to him by no less than actress Dawn Zulueta.

Coco admits that he was once a reckless driver – this was when he started, and has had a few accidents.

Over the years, he realized the importance of being a responsible biker by undergoing proper safety training.

Part of being a responsible owner, Coco said, is making sure that your motorcycle is well-maintained and in tip-top condition.

That was the reason why it was very easy for Coco to accept the invitation of Shell to become its brand ambassador for Shell Advance.

Shell Advance has a complete range of motorcycle and scooter oils specifically formulated to give complete engine protection so that you can outride anything. Motorcycle enthusiasts like Coco Martin regularly use Shell Advance because it maximizes horsepower, enhances fuel economy, keeps pistons clean, provides superior wear protection and protects against extreme heat.

Shell Advance is one among the many products that form part of Shell’s 105-year legacy of service and quality, all of which aim to make the future for motorists—whether riders of motorcycles and tricycles or drivers of cars and trucks. 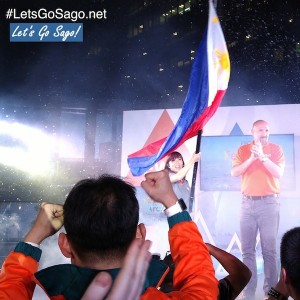 Previous post Will Joyette Jopson Be The 1st Filipina to Conquer the North Pole? 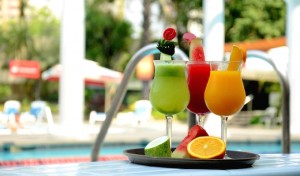