I haven’t been to Japan nor Tokyo, but I have read and heard a lot of good things about the East Asian country and their metropolitan capital – Tokyo. Photos of the city seem to say that it is an ideal city tourist spot this side of the world.

This perception was further reinforced last month when the Tokyo Metropolitan Government led a seminar for the Philippine media about tourism information of Tokyo collectively called “Tokyo City Promotion 2016“.

The number of Filipino travelers visiting Japan has increased through the years reaching 268,000 people last year which is about 4X from that in 2011. This is perhaps helped by the easing of the process involved in obtaining a visa for Japan since 2013, a major barrier for Filipino travellers to Japan. This included the “alleviation of multiple entry visa regulations” and also the “simplification of single entry visa application for participants of packaged tours organized by accredited travel agencies“.

Looking forward to the upcoming Olympic Games 2020 and the promotion of the Tokyo capital as “gateway to Japan“, the Tokyo Metropolitan Government is also doing various efforts to establish the “TOKYO BRAND” logo and slogan “& TOKYO“, which was launched last October, as a tourist destination.

Did you know that Metro Tokyo is the Largest Metropolis in the world with a population of 26 million and is has 14th largest economy in the list of National GDPs? Tokyo is also considered as the “No.1 Safest City” in the world as per Index Economist!

& TOKYO hopes to unveil “a city that promises all kinds of fun by constantly generating new styles while bringing tradition and innovation together“. The ampersand character of “& TOKYO” expresses Tokyo’s many ways of making “connections”, in other words, the intention behind this logo and slogan is to express how Tokyo creates new kinds of enjoyment by forming new values and connections.

Aside from Japanese government agencies, tourism related companies such as Imperial Hotel , Listel Hotel, Outech, and organizations from Chiba prefecture also gave presentations to highlight specific tourism information. They were joined by neighbouring prefectures of Tokyo such as Chiba, Saitama and Kanagawa.

With the theme “Exciting“, one of the unique values of Japan‘s Tokyo is being a dynamic and energetic city which is constantly evolving. In our AndTokyo seminar, the Japanese Metropolitan Government focused on 5 core values of UNIQUE, EXCELLENT, EXCITING,DELIGHT, and COMFORT with experiential values on tradition, cutting edge technology, food, shopping, festivals, and night life.

As per the tourist spots, I am looking forward to seeing the following tourist spots and landmarks in Tokyo (among others) when we visit soon:

Know more about “&Tokyo” or anything about Tokyo, Japan here: http://andtokyo.jp/en/ and http://gotokyo.org/en/. Check this &Tokyo Video as well:

With all these developments in Tokyo and more than 6,000 new rooms added in 2015 and 4,000 more to be added this 2016, I guess Tokyp is more than ready for more tourists. I can’t wait to catch the Cherry Blossoms season this March and April or personally try the Japanese traditional instrument called shamisen and tea ceremony demonstration. 🙂

One thought on “Travel “&Tokyo”” 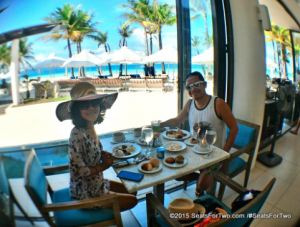