Yes, you read that right! The winning team of the 5th installment of the Juan for Fun Backpacking Challenge, as hosted by Cebu Pacific, will receive Unlimited Flights for one whole year to any where local destinations in the Philippines and international short-haul flights anywhere in the world!

After the thrill-seeking trios from different universities across the country took on the once-in-a-lifetime escapade to some of Cebu Pacific’s most exciting destinations through video submission entries, the five (5) finalists were unveiled a few weeks ago and had their formal “send-off” in a press conference held at Marriot Grand Ballroom a few hours ago!

In fact, they already started the contest with a game challenge called “Juander Games” which pumped-up the adrenaline of the finalists and the media audience as well!

The annual backpacking escapade is bringing five teams of thrill-seeking students to exhilarating destinations—all for free.

Throughout the challenge, the teams will have to take on as many exciting experiences and daring discoveries within their given travel allowance worth P35,000. They can visit the country’s renowned tourist spots including heritage sites, churches, and parks, sample scrumptious local delicacies, and get to know the locals.

And as mentioned above, this year’s Ultimate Backpackers, or big winners, will take home the challenge’s biggest prize yet—a Travel-All-You-Can pass for as many free flights as he or she can handle! They will also win exciting premium travel gear from the challenge’s partner brands.

To make the adventure even more awesome, Cebu Pacific has tapped celebrity travel enthusiasts as Adventure Coaches to guide and provide advice to the teams. The list includes:

Serving as mentors of the university challengers, these celebrities will stay in touch and cheer for their respective teams through social media.

With Adventure Coach Saab as their guide, these student leaders believe that their enthusiasm to serve other people, strong friendship, and strong personalities will lead them to victory.

“Our motto is, ‘There is no certainty. There is only adventure,’” added Linus.

Representing Bacolod is #JFFJUANTeamPH composed of Glenn Layola, Audrey Ramos, and John Ray Blance of La Salle Bacolod. Partnered with Coach Robi, this team shared that they are raring to explore more of Visayas and Mindanao.

“We would like to explore wonderful beaches and do extreme sports, like one of Asia’s longest ziplines in Lake Sebu, South Cotabato,” said Glenn.

#JFFTeamWork is composed of Serge Calumpong of Ateneo de Davao, April Nacion of University of Southeastern Philippines, and Jaysson Presores of the University of Mindanao. They are excited to be partnered with adventure coach and fellow Bisaya, Jude.

Close since they were in high school, the trio said joining Juan for Fun would be an exciting adventure and an ultimate test of friendship.

“We know that there will be no dull moments when we are together,” shared April. “We would do our best to encourage one another and, of course, mag-lingaw-lingaw pag-ayo (enjoy everything)!”

Patricia Quintero, April Baldovino, and Gian Nicdao of University of the Philippines-Manila are #JFFTeamTAG.

Throughout their seven days of adventure, they vow to always have fun, be in the moment, and do their best to be the ultimate champs, with the help of their adventure coach, Champ.

“Breakfast in Cebu (let’s face it: lechon is the way to go!), have lunch in Palawan (for some seafood and vitamin sea), head to Bohol to burn all the food we ate, and cap the day in Boracay,” added Patricia.

They are excited to have Bogart the Explorer as their adventure coach, especially Marie who is a true-blue Davaoeña herself. The trio said that should they win the Travel-All-You-Can passes, they will visit a new destination every two weeks.

“We’ve already made a bucket list which includes Siargao, Palawan, Tawi-Tawi and Boracay because of their magnificent beaches, Bohol, because we want to see the Chocolate Hills, and Naga City because of its rich Philippine historical sites,” shared Samantha.

First-time adventure coaches Robi and Saab shared that they can’t wait to be a part of the Juan for Fun teams’ adventures, armed and ready to share tips and pointers to help participants make the most out of the experience.

“I got to know about this fun challenge because Gretchen (Ho) was previously a part of it,” Robi said. “I’m looking forward to a crazy learning experience.”

Robi added that he hopes his “hustle attitude” will help his own team bag the Juan For Fun Ultimate Backpacker crown. “I may look like I’m playing it cool but I will do everything to get the gold.”

As a first-time adventure coach, Saab looks forward to seeing how the teams are going to prepare for their trips.

“I remember my first plane ride as a grown-up was after college, so I am curious to see how much the kids know about travelling.”

In coaching her Juan for Fun adventure team, the celebrity blogger hopes to cheer her team better than the other coaches. “I’m really noisy online and I’m competitive,” said Saab who confesses to being a “fan of adventure.”

Aside from its 30 international destinations, CEB also creates an extensive network across the Philippines with its 34 domestic destinations. It operates from six strategically placed hubs: Manila, Cebu, Clark, Kalibo, Iloilo and Davao.

The winning team will be named the Ultimate Backpackers, and will win Travel-All-You-Can “Unli-Flights” passes to any domestic or international (short-haul) destination, valid for one whole year, plus exciting premium travel gear.

The Cebu Pacific Juan for Fun Backpacker Challenge 2016 has Boreas Gear as the official travel gear, Merrel as the official footwear, and GoPro as the official camera. The challenge is also supported by Wenger and Dan’s, and endorsed by the Department of Tourism and Commission on Higher Education.

Don’t miss out on this exciting adventure and join the Cebu Pacific Juan for Fun Backpacker Challenge now! Join the teams on this epic adventure by visiting www.juanforfun.com  and on social media by following Cebu Pacific on Facebook and @CebuPacificAir on Twitter. 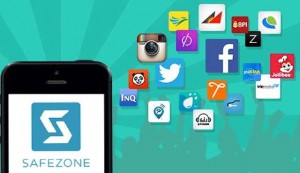 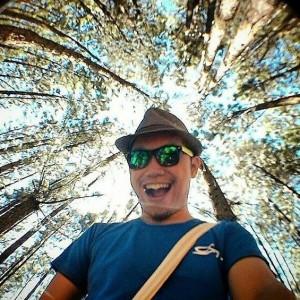