It is no secret that the Philippines has been lagging behind its Association of South East Asian (ASEAN) country-neighbors such as Thailand and Malaysia, among others, in terms of in-bound tourism arrivals. This means that the country has a lot to do in terms of travel promotions, infrastructure, and even security.

However, this article will not dwell on the negative aspect of that fact, but on the optimistic and brighter side of it.

To start with, the Philippines is on track of its target as we have reached our half-year mark with the Department of Tourism (DoT) Secretary Bernadette Puyat revealed a few months ago that 4,133,050 foreign tourists arrived in the Philippines within the first 6 months of 2019. This si 50% of the 8.2M target set for 2019.

Moreover, in the aspect of security for tourism, in a recent press conference for “InvesTOUR Forum” with the media and business partners of Philippine Chamber of Commerce and Industry (PCCI) held in Taguig City, NCRPO Chief P/Maj. Gen. Guillermo Eleazar shared the good news of the positive pattern of continuously decreasing crime incidents and related matters in the Philippines.

Tourism & Law Enforcement Should Work Together

Acknowledging the crucial role that ‘peace and order’ plays in the success of the Philippines’ tourism industry, Gen. Eleazar has vowed to enhance the NCRPO’s drive against criminality and violence in the National Capital Region.

“As in all business investment endeavors, peace and order is a pre-requisite to the success of our tourism industry,” Eleazar stressed. “The support towards the tourism industry sectors provided by the police is therefore critical and essential,” he added.

The NCRPO chief noted that one of the most dreaded pronouncements that a country can get is a travel ban which is generated by two factors: the peace and order situation of the area and health concerns in epidemic proportions. Gen. Eleazar also recognized that tourism has been a major contributor to the gross income of the country and should thus be supported by the police force.

“From our end here in Metro Manila, we have classified special places and festivals as special tourism points, so that we may provide these places and events the necessary emphasis in terms of police service and support,” Eleazar declared.

“With a basic strategy of increasing police presence in these areas, we have had a successful and healthy circulation of foreign and domestic tourists, including balikbayans,” Eleazar revealed. “From January to August of this year, the Department of Tourism and our police districts have tallied 38,183,193 tourists here in Metro Manila alone,” he added.

The NCRPO chief attributed the perky tourism industry in Metro Manila to a robust peace and order situation. “Compared to the last three years of the previous administration, the Duterte administration has recorded a 58% decline in the volume of major crimes, such as murder, homicide, rape, theft, robbery, kidnapping, carnapping, motornapping, and serious physical injuries.”

NCRPO chief Gen. Guillermo Eleazar then proceeded to attribute the improved peace-and-order situation to eight factors: the government’s successful war on drugs, the increase in the police force that has boosted police presence, the role of media in sending a clear message that the police force is doing its job, the serious internal cleansing instituted in the NCRPO, new communications technology and the advent of social media, the increase in the salaries of the police, the president’s order to implement local ordinances against certain night-time activities, and the NCRPO’s Intensified Cleanliness Policy or ICP.

InvesTOUR Forum by PCCI and TIEZA

The press briefing held at the Manila House in BGC, Taguig City, was also a prelude to the coming “Investour Forum on TIEZA’s Flagship Tourism Enterprise Zones” which will be held at the Centennial Ballroom of the Manila Hotel, Manila on October 15, 2019.

Indeed, tourism is not all just about the tour destinations or the sceneries a country can offer, it is also about the policies of the land, infrastructure developments to enable efficient travel, and a worry-free vacation bereft of crime and security issues; which further more translates into a better business cycle for the economy and its people. 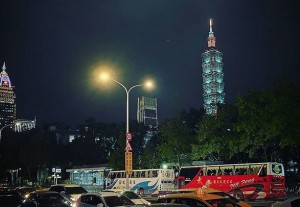 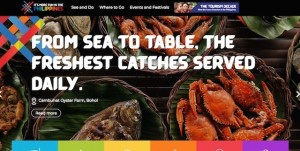