Have you heard about the recent news of a Chinese fishing vessel which ran aground the Tubbataha Reef last 8 April 2013? Well, there’s more bad news.

The same 48-meter F/N Min Long Yu fishing vessel was found carrying about 400 boxes or 2000 illegally-traded rolled-up pangolins probably set for trade in China. Demand for its meat and scales is pushed by the need for both traditional medicine and the curio trade. Pangolins are unique, toothless anteaters found in Southeast Asia. They are scaly mammals resembling sloth-like olive lizards which range throughout Asia and Africa.

This was discovered by the Tubbataha Reefs Natural Marine Park Rangers and the Philippine Coast Guard three days ago.

As per the press statement of WWF who trongly condemns wildlife trafficking: “the Palawan Council for Sustainable Development Staff (PCSDS) is set to lodge legal action against the 12 Chinese fishermen, who are already facing poaching charges in violation of Republic Act No. 10067 for their illegal entry into the Tubbataha Reefs.”

“It is bad enough that these Chinese have illegally entered our seas, navigated without boat papers and crashed recklessly into a national marine park and World Heritage Site,” says WWF-Philippines Vice-chair and CEO Jose Ma. Lorenzo Tan.

“…they appear to be posing as fishermen to trade in illegal wildlife. Should the carcasses check out as Philippine pangolin (Manis culionensis), we can be sure they were being smuggled out of Palawan. In which case, the full force of the Philippine Wildlife Act should be applied.”

The Convention on the International Trade in Endangered Species of Wild Fauna and Flora (CITES) prohibits trade in Asian pangolin species. Let us join WWF-Philippines in its call on the government to fully prosecute the Chinese poachers for violating both national and international wildlife trade laws.

We hope that the authorities would be able to enforce all proper sanctions against the suspects when proven guilty regarding the case of the pangolins and Tubbataha reef incident. For our part as individuals, let us not patronize products that may have come from species that are illegally traded. 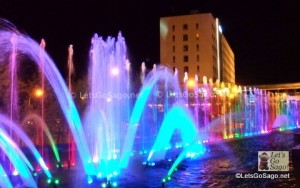 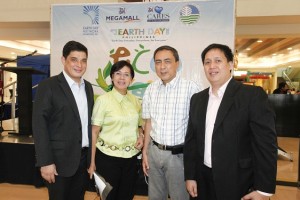 Next post Lessons From the Earth: Benefits of Organic Farming