To say that I’m a moderate beer drinker is an overstatement. So I wasn’t really expecting to find myself participating again in an Oktoberfest.

Sure, I covered Sofitel Manila’s Oktoberfest launch weeks before the actual event. I even participated in the beer drinking contest which I know I will never win (which I did not). But hey, peer pressure won me over and I took the challenge anyhow. I expectedly went home with the consolation prize, nonetheless an awesome one from Vietura.

About a week before the festivity, I received an email invitation to the Oktoberfest I wrote about. Who can turn down an invitation from Sofitel Philippine Plaza Manila, right?

The original Oktoberfest originated from Germany and Wikipedia defines it as

the world’s largest fair held annually in Munich, Bavaria, Germany…running from late September to the first weekend in October with more than 6 million people from around the world attending the event every year

And so the night of celebration came and the Oktoberfest venue was at the Harbour Garden Tent. The program hasn’t started yet when we came but the hall was already half-filled. We started with the dinner buffet of authentic sausages just like those found in German Oktoberfests.

Overflowing platters of bratwurst ring, weisswurst, and cheese-krainer, among other German sausages were found all over and in-between breads, roast beef stations, and other German cuisines that go well with beer.

Speaking of beers, you will never find yourself wanting as all dining tables had bottomless giant beer jugs from San Miguel Beer and surrounding mugs.

So you think good food and great beer would make a fantastic Oktoberfest, eh? The program has not yet began.

The night changed from good to great as the hosts welcomed the crowd which now filled-up the venue while more people were still coming in. The first part of the festivities introduced a number of German traditions done during Oktoberfest including a customary march, tapping of the barrel, and dances.

Contests involving beers and fun were held while raffle prizes were being given away left and right including accommodations at Sofitel Manila. The top two prizes were a special cruise experience and a round trip ticket to Germany!

The Night in Photos

Here is a photo blog of what happened in that awesome night of Oktoberfest in Sofitel Manila.

It’s already November but the feeling of earnestness from that Oktoberfest memory remains. I didn’t know an Oktoberfest celebration could be that fun. It was not only my best Oktoberfest ever, it was the best indoor party/celebration I had as well.

3 thoughts on “The Best Oktoberfest is at Sofitel Manila” 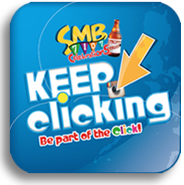 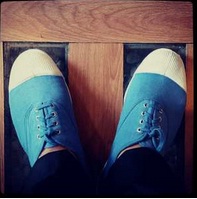