Melco Crown Philippines recently announced that the City of Dreams Manila has collaborated with DreamWorks Animation to develop world’s first DreamPlay “edutainment” center in the Philippines.

Located at the gateway of Entertainment City within the Manila Bay area, the upcoming City of Dreams Manila will bring forth an integrated resort that will contributes to the Philippines’ tourism diversity in the aspect of entertainment.

It will feature three distinctive entertainment venues, including Manila’s first branded Family Entertainment Center, a live performance central lounge inside the casino and a night club situated at the Fortune Egg

The Fortune Egg will be an architecturally-unique dome-like structure, which will be accented with creative exterior lighting design expected to become an iconic landmark of the Manila Bay area.

This will be the first of its kind in the world when it opens later this 2014 at City of Dreams Manila. It’s basically a leisure, gaming and entertainment destination resort currently under development at Entertainment City, Manila, Philippines.

Inspired by the mantra of learning through play, “DreamPlay by DreamWorks” is a revolutionary approach to family entertainment. Each experience is designed exclusively for City of Dreams Manila by the artistic and creative forces of DreamWorks Animation and iP2 Entertainment to combine the best elements of the DreamWorks library with the hands-on activities of an education inspired play-center to create a truly one-of-a-kind family adventure.

“Melco Crown Philippines is delighted to be introducing DreamWorks to the Philippines as we continue our strategy of delivering innovative leisure and entertainment offerings that enhance the leisure destination appeal of Manila,” explained Clarence Chung, Chairman and President, Melco Crown (Philippines) Resorts Corporation.

Guests will immerse themselves in the world of DreamWorks Animation, interacting directly with their favorite characters through revolutionary experiences.

Interactive environments, featuring the very latest digital technologies, will enable kids to engage in a wide range of thrilling activities, interacting with beloved characters from DreamWorks Animation’s world-famous franchises including Kung Fu Panda, Shrek, Madagascar and How to Train Your Dragon.

With the addition of the world’s first “DreamPlay by DreamWorks” edutainment center, City of Dreams Manila is a further step in realizing its overall vision to deliver world-class and diverse innovative lifestyle and entertainment offerings.

Are you excited with the upcoming DreamPlay and City of Dreams Manila?

What can you say about these developments and the Philippine government’s strategy to broaden the appeal of the Philippines as a leading leisure destination in Asia?

One thought on “City of Dreams Manila and DreamWorks bring DreamPlay to Manila Soon!” 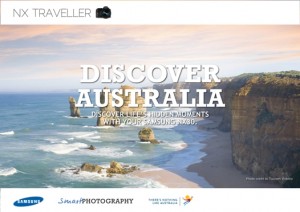 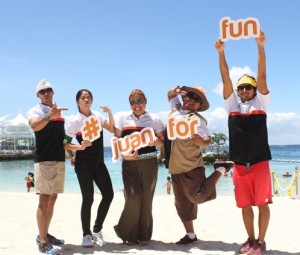 Next post Travel Coaches Gear up for Cebu Pacific’s Juan for Fun.