Adventure Coaches will serve as mentors to the soon-to-be 5-team finalists of Cebu Pacific’s annual Juan For Fun Backpacker Challenge. They guide, give advise, and most importantly serve as inspirations to their assigned team of 3 college students who will tour around the Philippines (and in international shores) in the quest to win the Juan For Fun 2015.

After the successful introduction of the ‘Adventure Coaches’ concept last year, the ‘Juan For Fun’ organisers decided to add more icons to their growing list including returning Adventure Coaches Bogart The Explorer and Jude Bacalso. Last year was won by Team Tuklas as coached by sportsman Paolo Abrera.

The so called ‘Island of Fire’ sizzled further over the weekend as travel writers and travel bloggers joined-in on the fun for the Juan For Fun Special Fun Challenge Adventure Coaches edition which blazed through the town of San Juan in Siquijor.

Let’s Go Sago was fortunate to be part of the energetic violet team led by Aussie-accented Bogart The Explorer and blondie Aya Tantiangco from Spot.ph.

In ‘amazing race’ fashion, the contest started rushing towards our choice of shuttle van with Capilay Spring Park as our first pit-stop. The first challenge was a ‘brainy’ one as we had to collect and assemble a route-puzzle in the proper sequence.

We finished the task in second place and rushed towards the next pit-stop called Barangay Solangon for a food-challenge which involved digesting some sea urchins – yes you read that right.

This was followed by a visit to the Century-Old Balete Tree surrounded by local healers which is a primary tourist spot .We did some ‘fish-spa‘ dipping and finally a play on sand at the Coco Groove beach resort.

Don’t ask me anymore what place we ended up with (it was caused by the slow engine of our shuttle 😛 ) but the orange team led by Jude Bacalso won where they were able to take home a Canon camera, some Meryll GCs, and a domestic roundtrip ticket from Cebu Pacific. Congratulations guys, it was tiring but it was fun!

On the leisure side, we had day 1 breakfast at San Rival Bistro in Dumaguete before proceeding to Siquijor’s Coco Groove Resort via Coco Princess, a 2-hour ferry ride from Dumaguete to Tubod in Siquijor.

After an unforgettable golden sunset, a sumptuous dinner was served later on while we were nursing aching muscles and tendons fresh from the challenge. 🙂

Day 2 was a day of more leisure trips around San Juan town while some opted for snorkelling and kayaking by the sea. Unfortunately, we had to leave in the afternoon to catch our flight and passed by San Rival Cakes and Pastries shop for some ‘pasalubongs’ (gifts).

Now on its fourth year, the Juan for Fun Backpacker Challenge is once again calling on college and university students, 18 to 23 years old, who are residing in the Philippines and itching to go on a one-of-a-kind journey.

Interested participants must form a team of three and show their most creative and competitive side by answering the question “What makes you the team to beat in this year’s Juan for Fun?” in an audition video. You have until May 2, 2015 to upload their entry through www.juanforfun.com.

The three finalists with the most awesome videos will automatically be included in the challenge. To complete the five competing groups, an online voting from May 16 to May 20 will take place to determine the last two qualifying teams.

With just their passport, basic budgeting know-how, an extra dose of adrenaline and luggage in tow, the five teams for Cebu Pacific’s Juan for Fun Backpacker Challenge 2015 will only discover their destinations during the send-off ceremonies on June 23.

Wherever Juan for Fun takes them from June 23 to July 1, the teams are tasked to have as many fun and exciting activities within the travel allowance they are given. To earn more points and win special prizes, they must also complete the special tasks that await them in select stops.

Be in the loop on travel news and adventures with Let’s Go Sago! by subscribing to our blog through email and liking the LGS Facebook Page. Follow our Twitter and Instagram accounts too! Stay tuned for more features on Siquijor and Coco Groove Resort soon!

So what are you waiting for? Join now and submit your video entries in Cebu Pacific‘s Juan For Fun 2015 (www.juanforfun.com) and travel around the Philippines and the world! 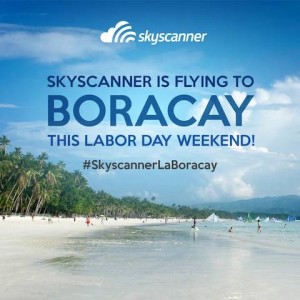