I am inside a mall in Manila as I am writing this article, nestled in a coffee shop corner in the middle of the afternoon.  Honestly, I am here to escape the 35 degree Celsius heat wave across Metro Manila. If I would have stayed home, I would be bathing in my own sweat right now.

As I am looking at the number of passers by through the cafe glass wall, “there must be a lot of unemployed Filipinos today,” I said to myself. Because for a non-holiday, non-weekend Thursday afternoon, most of the people should be at work somewhere, either in air-conditioned offices or manufacturing factories, but not in a mall shopping or strolling about for the same reason as I am. I am of course, talking in a general sense.

This led me to ponder on how the mall culture developed in the Filipino society and how relevant are they today.

I was born in 1978 near Balintawak and as a growing child, I witnessed how SM North Edsa in Quezon City dominated our weekend family trips. Through the years, more malls were built around the metro and eventually spread in major provinces nationwide.

To summarize it, the Filipinos made the malls their second home  as the owners were able to catch the fancy of the consumers either through providing all their basic needs from supermarkets to pharmacies, and from life’s leisure products such as apparels up to entertainment. if the United States have ‘parks’ , we have the malls.

Today, the mall market is one of the major segment of consumers, hungry for leisure and ready to spend.

If you think about it, that  consumer vulnerability can be easily abused in the name of commercialism and rob them off their hard-earned money.

I taught a Professional Ethics class as in a local college here in Manila and Corporate Social Responsibility (CSR) is one of our topics. As much as the concept has its own few critics, I believe that CSR is an important factor as a way of giving back to the less fortunate. Some of the more successful CSR projects we have in the Philippines are the ones from WWF-Philipines and the Gawad Kalinga project which helps build homes for the poor.

In a similar way, and related to this article, are SM Supermalls‘ programs which are not profit-driven in nature and aims to deliver services for its mall-going customers through the SM Cares group.

Some of which I observed are the following:

Together with my wife, we witnessed how SM supported the recent Earth Day 2013 program in coordination with the non-profit organization Earth Day Networks Philippines. We later knew that similar campaigns were held  across all SM Supermalls nationwide.

Just recently, SM Supermalls, led by SM Supermakret and other departments, initiated the “Grow A Million Trees” campaign where they have set a goal to fund the planting and growing of one million trees within five years.

Beyond Earth Day, SM has already started the “Trash to Cash” years ago which is held every first Saturday of the month.This is a gathering of electronic and ‘trash’ collectors such as old mobile phones, broken laptops, and the likes for reuse or recycling. People who participate in the activity receives a minimal  corresponding monetary equivalent for these “trash;” hence ‘trash to cash.‘ You’re helping in proper waste disposal and at the same time earning a bit from it!

Moreover, at least once in your lifetime, you would have carried an SM Eco Bag right? This advocacy by SM Supermarket, including SM Hypermarket and SM Savemore,  have already saved thousands of plastic bags from ending up in our sewers.

Aside from complying with local government ordinances giving Senior Citizens free movie passes in SM Cinemas on Mondays and Tuesdays, SM has also partnered with a rocking chair donor. This would explain the rocking chairs you would see in designated areas in most SM malls.

Making the malls safe for children is another challenge. Security guard personnel, although mostly outsourced to agencies, are now trained on how to handle children specially when they are lost in the malls, among other matters.

So parents who make a monster out of security guards to scare their children into behaving, is actually not advised.

Instead, parents should teach their child to approach security guards as a source of help and assistance in time of need; and not someone to flee away from because they will be “imprisoned” or something to that effect. :p

I am glad to see how companies and brands exert effort to give back to the consumers and the community through CSR efforts. I hope more private companies will follow suit in the pattern of SM Cares and SM Foundation. Find them at Facebook @SMCares

This goes to show that a commercial institution can also be socially responsible and one with the community at the same time. This is how mall culture can stay positively relevant  in Philippine society, and hopefully for much more years to come.

2 thoughts on “Relevance of Mall Culture in the Philippine Setting” 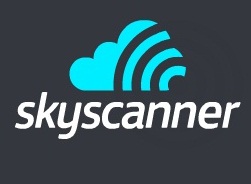 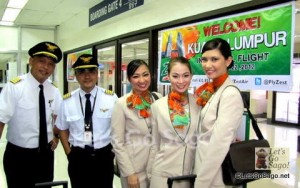